Bill Ronayne, Keeping His Feet on the Ice and His Eye on Business

Bill Ronayne, owner of Brandywine Valley Heating & AC in West Chester, spoke with VISTA Today about growing up on an East Goshen Farm, submitting invoices for hours worked to his dad at age 8, going to work for Pepperidge Farms in Downingtown the day after he graduated from East High School and a convoluted career path that eventually had him crossing paths with two brothers who gave him the funding to launch his own heating & air conditioning business in 1993.

Where did you grow up, Bill?

I was born in Chester County Hospital on January 18th of 1955 the middle child of five and spent the first 18 years of my life on a 212-acre farm owned by a guy named Sam Eckert, who was a vice president at Sun Oil.

The farm, which was purchased by Bernie Hankin when Eckert died in 1973, is now the Clocktower Woods development on Boot Road. It was a gentleman’s farm meaning the produce grown on the farm paid property taxes and everyone’s salary. Eckert had an upstairs maid, a downstairs maid, a pantry maid, a cook and a chauffeur. My dad was the groomsman who took care of his horses. My family lived in a set of apartments over the garage.

What do you remember about growing up on the farm?

Life on the farm was fabulous. The lane out to the road in either direction was a mile long. As a kid when school let out in June I didn’t put shoes back on until September.

The apartment we lived in only had 3 bedrooms and the bedroom my two brothers and I slept in had triple bunk beds. My sisters had bunk beds in their room as well.

My mom worked at a couple places to supplement my father’s income. First at the Dairy Bar on West Chester Pike at Plumstock Road and then at Pepperidge Farm in Downingtown.

My dad grew up in West Philly near Cobbs Creek Parkway. I remember riding in the car to visit grand mom and pop pop and there being only one traffic light on West Chester Pike between West Chester and 69th Street in Upper Darby. 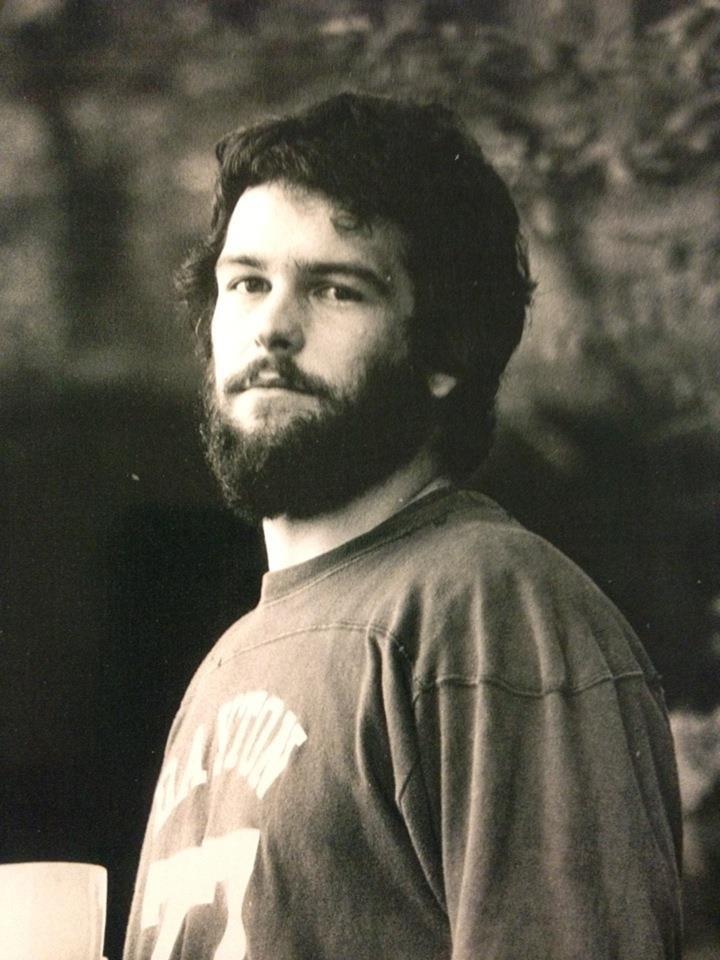 Where did you go to school?

I went to East Goshen Elementary School, Stetson Middle School and then graduated from Henderson High School in 1973.

What sports did you play?

Back then, I played center/halfback, first for East Goshen’s interscholastic soccer team and then on Stetson’s and Henderson’s soccer teams. I also played ice hockey and baseball. I still play ice hockey. Even today, I’m a fierce competitor. I play to win! If there’s a field with lines on it, when I step on that field, I’m there to win. I like what Vince Lombardi said ‘if it doesn’t matter whether you win or lose, then why do you keep score?’

Any part- or full-time jobs while you were growing up?

My parents didn’t have much money so as kids we didn’t “get” an allowance. We all understood that if we wanted money, we had to earn it. I worked on the farm. As a kid, I would sweep the stables where my father worked. At the end of the week, he required me to submit an invoice documenting my hours, a practice I continued with my kids.

I was driving tractors by the time I was fourteen. I bailed hay and cut grass. With all the houses on the farm, there were 20 acres of grass that was kept cut like your front lawn. My job from the time I was 14 years old until I was 18 when I left the farm was to cut grass. It took me all week to get done and then I would have to start all over. I got paid $1.65 an hour. 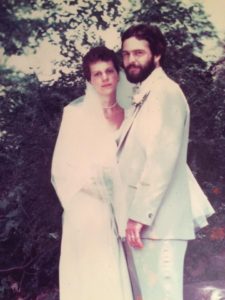 Bill and his wife Ellen celebrated their 35th anniversary in June 2015. The couple have three children.

What did you do after high school?

My parents offered me the opportunity to go to college, but I had a sense it would be a waste of their money and my time. I graduated from high school on a Wednesday and went to work at Pepperidge Farms on Thursday night shift. My mother, my brother, my sister and her boyfriend and his father all worked at Pepperidge, so that’s where I went. I was making $8.10 an hour, which was big money back in 1973. For the first time in my life, I was living in the cash.

How long did you work at Pepperidge?

Not long, maybe a year or so. I was working the night shift, and I hated it. I was going to work, and my buddies were all going out to the bars. One night when I was sitting in the cafeteria at Pepperidge I was shivering having just come out of the blast-freeze freezer, it was May and beautiful outside and I’m eating a green hotdog from the pot on the stove. I thought to myself; this is nuts! Every other normal person is sleeping. What am I doing here?

So what did you do with this epiphany?

I didn’t just up and quit. Rather I went home, took a shower, put on a shirt and tie, took out the newspaper and started looking for a job. I saw a classified ad for a shop helper at Brewer Sheet Metal in West Chester, that stated, ‘no experience required.’ When I got to Brewer’s to fill out an application, I recognized the receptionist and begged her to help me get at least an interview.

I got the interview and landed the job. I took a huge pay cut down to $3.50 an hour. I had to sell my car and started driving a beater. Everything was ok though because I was doing day work!

So how did you get from sweeping the floors at Brewers to starting your own business?

I worked for Brewer’s for three years during which time I married my high school sweetheart. I knew pretty quickly the marriage wasn’t going to work, and after a year and a month we split up. Shortly after we split up, I left Brewers and went to work selling plumbing supplies for Conrad Muhly in West Chester. The inside support at Muhly wasn’t what I needed and eventually went to work as plumber for Marv Weinberg and then for Glauner.

One day out of the blue, Vernon Brewer, owner of Brew Sheet Metal, called me saying he needed a retail salesman. I went back to Brewer’s and liked retail sales. Eventually, I realized though there was no chance of me ever owning that business.

I went to work as a project manager for John Haley Company in Paoli. I was coordinating crews, running stuff and doing a little sales on the side.

After working for Haley for ten years, I met these two guys who wanted me to run projects for a geothermal design company they owned. The opportunity didn’t feel right so I said thanks, but no thanks. Over dinner with the same set of guys six months later, one of the investors in the geothermal business asked me, what I wanted to do. I told him about a business plan I had written for a heating / air conditioning business. He recommended I review the business plan with Jim Lennon a partner at Mallie. Once Jim had read the plan, he asked me what I needed to get started. I told him $100,000. He thought it was closer to $200,000 but said he liked the plan and promised to get back to me.

A week later, the investor who referred me to Jim called me back and said he and his brother, both of who, as it turned out, were very wealthy, wanted to invest in my business plan. They gave me the $200,000, made me 40 percent owner. My only obligation to them was I had to run projects for the two geothermal guys on any installation they sold within a 35-mile radius of Philadelphia. Otherwise, I could do whatever I wanted with the business. That’s how Brandywine Valley Heating & Air Conditioning got started in 1993.

You mentioned you were a volunteer fireman, Bill. What company and what do you do for them?

Of all of the volunteer work I do being a firefighter is the most gratifying. I have been an active volunteer all of my adult life. I joined the WCFD in 1974 and I am still driving and riding the trucks. we train every Thursday night. I carry a pager 24/7 and go to calls when ever I am able. I am a proud member of Fame Fire Company. I also am currently co-chairing a very important capital campaign to raise money to construct an 8,000 square foot 2 story addition for some specialized rescue equipment and to provide housing for a live-in program for college students that are active volunteers.

Looking forward to the new year Bill, what are your biggest challenges and opportunities

It’s been a fun ride and I love what I’m doing. The first five years we built the business to $5 million is sales. We’re at 48 employees now, and I think we can get to $12 million without adding more employees. We can do that if we pick our projects well and become more efficient. Once we get to $12 million, I want to get some cash stashed away and then make a run at $ 20 million.

What’s the best piece of advice anyone ever gave you?

Vernon Brewer, who I refer to affectionately as my business dad, taught me some very important time tested business lessons. Always collect your money, never sell to restaurants, deliver what you promise and work “on” your business not “in” your business. Do not get caught up in the daily whirlwind and stay focused, he told me very simply, just keep your eye on the apple. 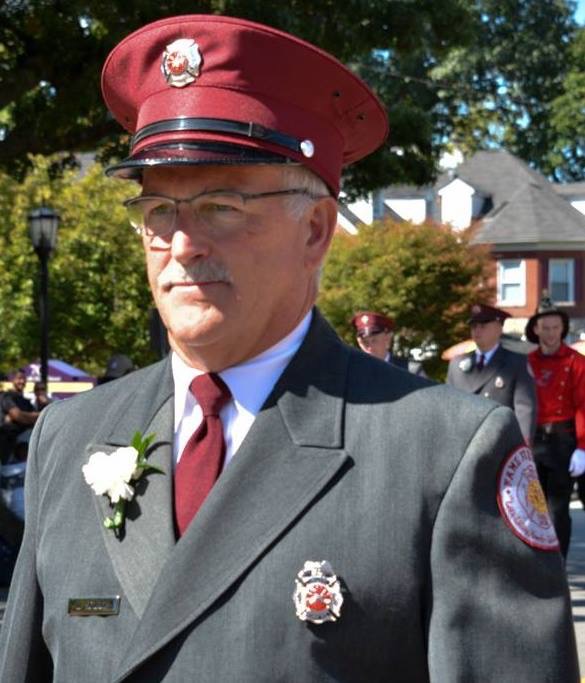 Please fill out the form below and we'll get back to you in two business days.